Well it’s true people, la Baguette has fallen out of favour. Perhaps I am being somewhat dramatic but needless to say the French are no longer consuming their beloved staple to previous standards and this has Boulangerie owners up in arms. A campaign is underway to encourage the public to purchase a loaf for their evening meal on their way home.

Carbs with a generous helping of butter at the end of the day—sont ils fous? The campaign isn’t working so I guess not.

It appears the Boulangerie is fast becoming an endangered species. Let’s face it who, delights in white bread and cake on a regular basis anymore.

Growing up in the UK I baked most Sunday afternoons as it was either raining, just finished raining or about to downpour but such pastimes are over.

The demise of the baguette was inevitable. Do you buy them, probably not, rarely at best?

I live within walking distance to an idyllic destination retail enclave in Los Angeles. This boulevard used to be home to a number of speciality establishments most of which have now been replaced with ultra “hip” Juiceries or those popular stationary bicycle workout places, which my French sisters might I add makes ones buttocks and thighs humongous! Therefore, you may as well heed the campaign, stop by your local Boulangerie, buy that Baguette and eat CAKE!! 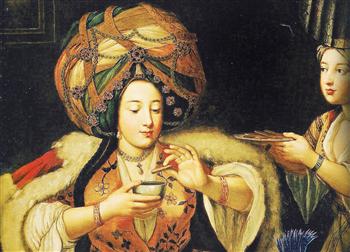 All written content on this site is original and may not be used or duplicated in any form without strict permission.
If any images on this Blog are an infringement, please alert us to the fact and they shall be immediately removed.